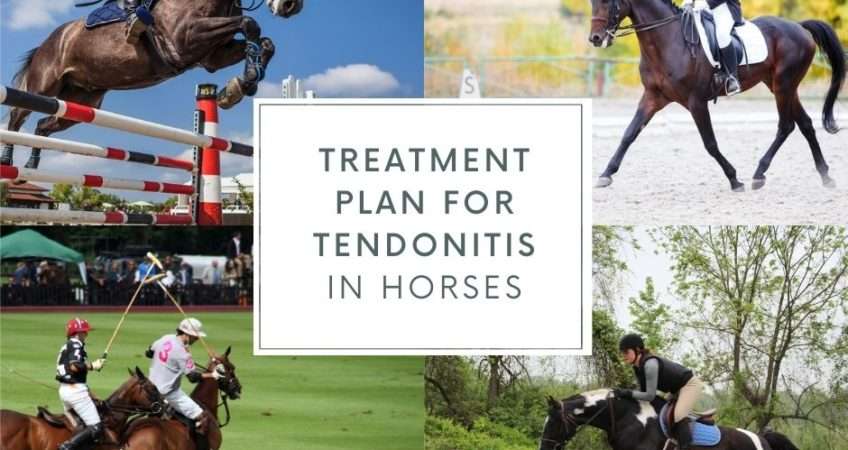 Treatment Plan For Tendonitis in Horses 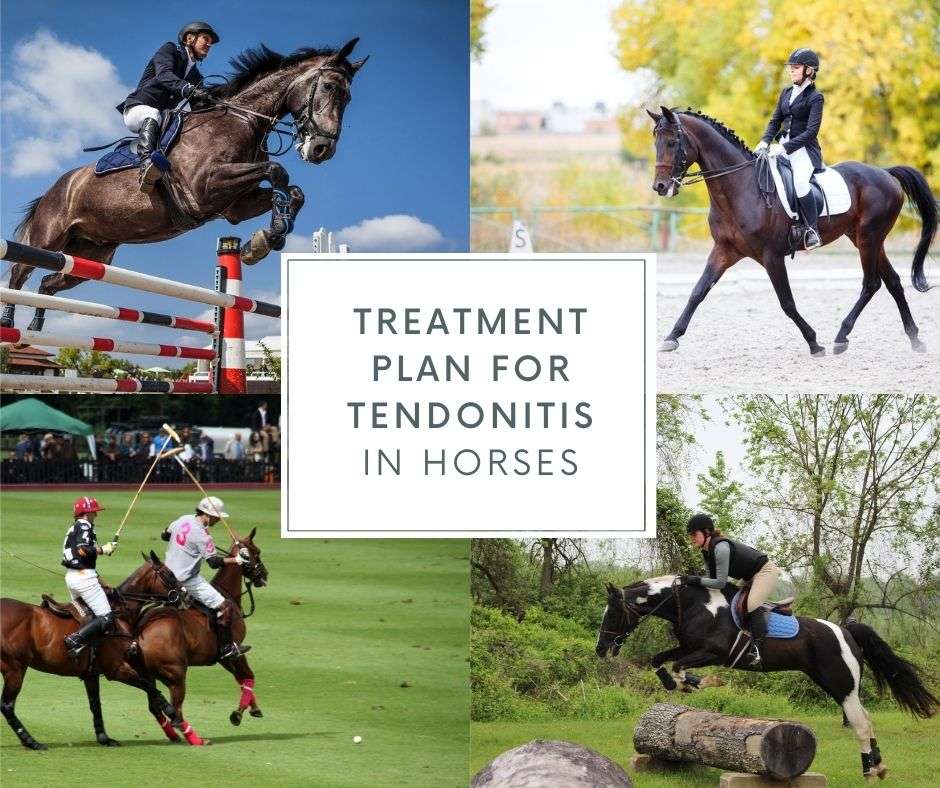 Any seasoned sportsman or woman can tell you:  It only takes one bad step.  Injuries happen quickly and unexpectedly and can change the course of your life.

Or your horse’s life.

Injuring a critical soft tissue structure like the deep digital flexor tendon (DDFT), means that your horse can be fine one moment and then become lame for weeks, months, or even years to come, altering your dreams and expectations overnight.

The stages of healing are a complex and fragile process. However, understanding the injury and its causes, the healing stages itself, and the treatment protocols for soft tissue injury, will give you a much clearer view of the way forward.

Tendonitis (inflammation of the tendon) is the most common soft tissue injury in horses and often leads to lameness.  It is critical to note that a serious soft tissue injury can be even more damaging than a fracture, especially in performance horses.

When the tendon or ligament is stretched beyond its limits, the tissue fibres tear, causing injury in the soft tissue. In the case of tendons, these tears happen in the fibres attaching muscle to bone, and in the case of ligaments, this occurs in the fibres connecting bone to bone.

Tendons and ligaments are known for their slow healing. Unfortunately, they also never return to their original strength and become prone to reinjury.

Heat and swelling are normally the first signs of inflammation and indication that a tendon has been damaged.

If there is only a slight enlargement of the affected area of the tendon, feeling warmer that the matching area in the opposite limb, it may point to only minor fibre damage.

If it is only a mild sprain, this will not cause lameness.  However, if there is severe damage, the horse may want to compensate for the pain by tipping the toe upwards or allowing the fetlock to sink at the walk.

Stages of healing in tendon injury

This stage lasts approximately seven days from when an injury occurs.

During this stage, much-needed molecules travel to the inflamed area via increased blood flow to remove dead tissue and clean up debris.   This process becomes observable in the heat and swelling that appears when an injury first happens.

Although this process is necessary before any healing can begin, often the inflammation that accompanies it, does further damage – if not controlled.

This is where anti-inflammatory agents play a role.

This period can last for several months in a severe injury.

At this second stage of healing, the cells begin to regenerate tissue by arranging a structure across the torn fibers that will support the new collagen fibers that will eventually be laid down.  This framework of fibres are still weak because of their haphazard positioning.

This stage begins about 21 days after an injury and can continue for a year or more.

During this time, tendon and ligament fibres begin to rearrange themselves into a normal pattern.  To encourage fibres to heal along their normal lines of stress, progressive but controlled exercise is imperative.  Without proper remodeling, the fibres can remain randomly arranged, thereby weakening the support structure and exacerbating the risk for future injury.

In the first 10 – 14 days after an injury, the following protocols are often recommended:

All the above are aimed at addressing and reducing the initial pain and inflammation while at the same time trying to prevent any further injury.  Once the initial inflammation has been alleviated and the severity of the injury has been properly assessed, a controlled exercise program can be initiated.

As the most important aspect of your horse’s treatment and recovery, your vet will advise the controlled exercise that is best for a particular injury and your particular horse.

In some cases, a period of total box rest will be advised initially, but in general this program will start with hand walking while still on box rest, with gradual increases for a period of three months.

With these type of injuries horses are often out of work for six to 12 months. During this time, controlled exercise assists the new tendon fibres to align, increasing their strength and flexibility.

In order to assess the healing process and aid in adjusting the exercise program, repeat ultrasound scans are invaluable.  In this way, an educated recommendation can be made as to when to introduce trot work and more steady canter exercises.